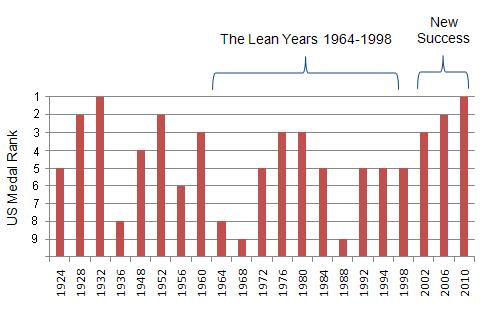 The Life Sciences Success Blog: A Walk Through the Valley of Death

The Valley of Death for a Life Sciences company is that space, as coined by the NCI's Director of Small Business Innovation Research Programs Michael Weingarten, between a Phase 2 SBIR grant and the commercial success of the technology that is being funded and developed.

I've been there as an entrepreneur.  I've been there as an advisor who helps reorganize and counsel companies.  Bottom line is if management decides to follow the money and revitalize the business, the company and its shareholders will survive. I've built businesses from nothing more than purchase orders, down payments on contracts and a check book for financing.  With a smart financial manager, playing the debits and credits and working the receivables and payables, a business can survive those tough economic times. Guess what; those tough times are here again! And want to know something else?  Here's a surprise...your government is listening!

Here are some facts for you to chew on:

Life Science, medical device and services companies that have products for the Life Sciences Industry have a great opportunity with the National Cancer Institute's aggressive programs for Small Businesses under the STTR and SBIR programs. Just recently, I attended a conference in Boston hosted by the NCI's Michael Weingarten the Director of NCI SBIR Development Center; along with N. Stephen Ober, M.D. BU's Technology Development Executive Director, New Ventures. What was most striking about this half day of talks by companies that were hand picked to present by the NCI team and who were award winners of both Phase 1 and Phase 2 grants was the broad scope of the technologies and applications of those technologies. The Life Science technologies represented at the meeting were diagnostics, devices and drugs or as we like to say in the trade ‘D cubed'.

For those of you that don't know about these programs, STTR stands for Small Business Technology Transfer and is done with an institution, a not for profit, a university or medical center.  75% of the fund proceeds are given directly to the institution and the company is allowed to use 25% of the funds. The major focus of an STTR is to transfer important and meaningful technology from an institution into the marketplace through the participating company. The SBIR is known as a Small Business Innovation Research and a majority of these funds are available to the company. Collaboration with an institution is not mandatory.

SBIR phase 1 is up to $200,000 for a period of 6 months. Phase 2 SBIR's are for a period of 2 years and are upwards of $1.5 MM or about $750,000 per year. Most start up companies will be interested in the SBIR program as it helps fund research. If your company is lucky enough to win a Phase 1 SBIR and also a Phase 2 SBIR then your company is automatically eligible for the Bridge Award which is up to $3.0 MM over three years.  These funds must include an equal amount of investment capital that will help the company through the ‘Valley of Death' where many companies have perished even though they have had successful Phase 2 programs and have been, for whatever reason, unable to secure additional funding. The NCI has obviously analyzed its own program and the success and failures of its grantees and saw this valley of death and decided to do something about it!

For all the facts go to sbir.cancer.gov and you can find out everything you ever wanted to know about the NCI and their outstanding SBIR/STTR programs.

If your business is in trouble, call someone that has been through it because your best chance for getting through the Valley of Death is to have someone who has been there and come out the other side - more than once. Getting grants, finding new capital sources that you probably haven't thought about, reorganizing your business and focusing on revenues are some of the things an entrepreneur or funding group that holds a position in an ever downward spiraling investment can do.

You can't always sell equity or take on more debt to get your business and your shareholders out of hot water.  Sometimes it takes drastic measures - often painful.  But if a product line survives or a revenue stream is identified, sometimes that's all you need to re-trench and re-start a fundamentally strong business.  With good technology, smart road maps and proper execution you too can navigate the Valley of Death. My biggest problem as an advisor in a tough situation is "will anyone listen?" and "will the management team take action?"   In these cases you need a partner that is more than just a review and a proposal; you need a team that is all about fixing problems and initiating action.    One of the good things about surviving the Valley of Death is that you come out smarter, leaner, and more focused, with more promise and more certainty of success... almost worth taking the journey.

Send me an email and let me know your experience and challenges...rgabriel@sema4usa.com.